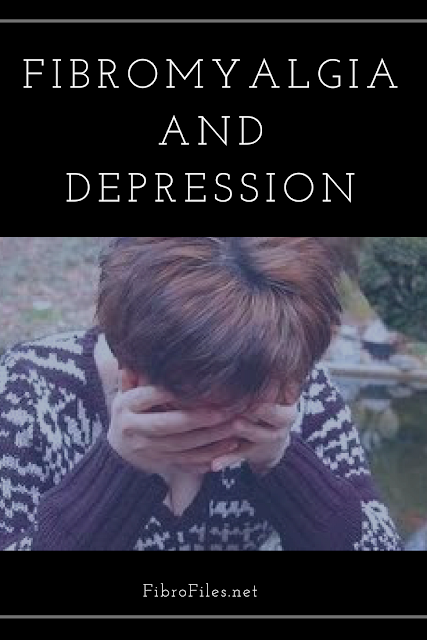 Recently the doctor told me I was depressed, after asking me a series of questions, and then asked if I wanted extra help. I said no as it is just part of the down ride of living in chronic pain. Eventually, or even daily, I do go up again!
I always wonder if depression is part of fibromyalgia, just like the pain, or if depression comes because of the pain.

Signs of depression with chronic pain may include:
So what is the link between fibromyalgia and depression?
I am sure there are many theories and here is one of them:
"Ninety-five percent of people with fibro have low thyroid function and 100 percent of them have low adrenal function — and both conditions can cause depression and anxiety." this is according to Pamela W. Smith, MD, MPH

Vitamin D deficiency, low cortisol levels and sleep problems are also considered contributing factors according to Dr. Smith. She recommends testing to see if a deficiency or another health condition could be bringing depression to the surface in fibromyalgia.

So what are your experiences? Do you think depression is a symptom of fibromyalgia or is it just something we experience because we live with chronic pain and all the other daily symptoms such as grieving for our former active life, inability to do what we use to do, fatigue, brain fog and sleep problems?