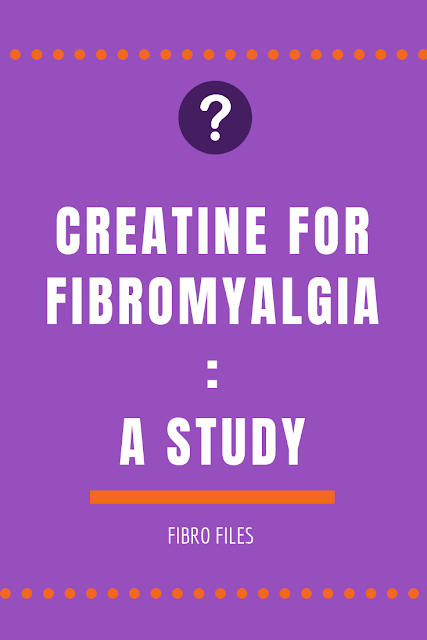 The 16-week study at the University of Sao Paulo, in Brazil, was to observe the effects of creatine on women with fibromyalgia.

The 32 women were assigned either creatine or a placebo. The creatine group started with 20 grams a day for five days and then progressed to 5 grams a day.

The study was double-blind, which means no one knew who was taking which substance.

Muscle function was assessed by strength tests and muscle phosphorylcreatine levels were checked by MRI.

RESULTS: The Creatine improved muscle function in the upper and lower body of the women with fibromyalgia by up to 10 percent on average. “It means that creatine can improve the patient’s physical capacity, which may be impaired in fibromyalgia.”says Professor Bruno Gualano.

“We observed that creatine supplementation can promote a substantial increase in muscle phosphorylcreatine,” says Gualano. “Creatine improves the transfer of energy, which ultimately results in better muscle functioning.”


Researchers had expected improvements in overall fibromyalgia symptoms such as pain and fatigue but this was not seen.

Most fibro sufferers, like me, will be happy for any improvements available even if we start to feel like walking pill bottles! I am definitely going to try Creatine

as a 10% increase in muscle function is better than nothing. I have very weak muscles and any more strength would be greatly appreciated.

Read more at the Arthritis Foundation

Study was published in the September issue of Arthritis Care and Research.

LINKED UP AT FIBRO FRIDAY
Posted by Good at 3:29 PM

Email ThisBlogThis!Share to TwitterShare to FacebookShare to Pinterest
Labels: Fibro in the news, FMS Detective, what works