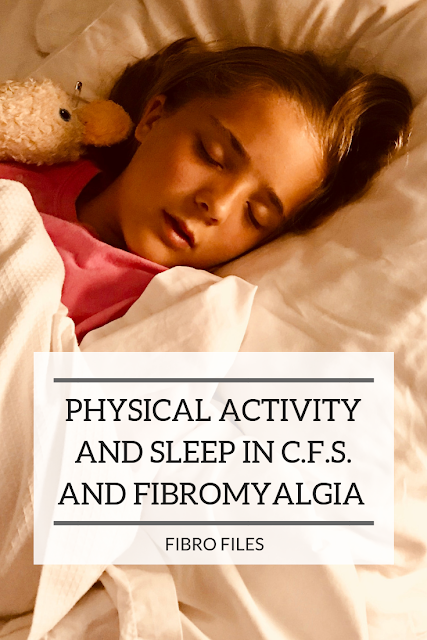 Physical Activity and Sleep in Chronic Fatigue Syndrome and Fibromyalgia Syndrome: Associations with Symptom Severity in the General Population Cohort LifeLines. This study was done at The University of Groningen, University Medical Center Groningen, Department of Psychiatry, Groningen, Netherlands and published online 2018 Nov 4.

This study indicates that patients with CFS or FMS sleep longer and are less physically active than controls on average.
Both low and high levels of physical activity and short and long sleep duration are associated with higher symptom severity, suggesting the importance of patient-tailored treatment.
FULL REPORT
Posted by Good at 2:38 AM

Email ThisBlogThis!Share to TwitterShare to FacebookShare to Pinterest
Labels: research