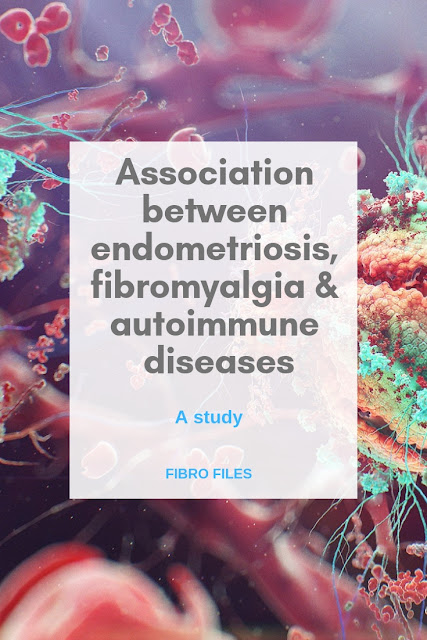 Women with both endometriosis and fibromyalgia have a higher risk of having autoimmune diseases, anxiety, or depression as well as more hospitalizations, a study reports.
Evidence for an association between endometriosis, fibromyalgia and autoimmune diseases, was published in the American Journal of Reproductive Immunology in January 2019.
Fibromyalgia is a disorder characterized by widespread musculoskeletal chronic pain and many symptoms including painful menstrual cycles.
Endometriosis is a painful condition that affects a woman's reproductive organs.

Diagnosing either or both conditions should raise the possibility of the existence of autoimmune diseases.

Co‐occurrence of endometriosis and fibromyalgia is associated with a high burden of autoimmune disease, anxiety/depression, and HCRU.
Posted by Good at 5:19 PM

Email ThisBlogThis!Share to TwitterShare to FacebookShare to Pinterest
Labels: research