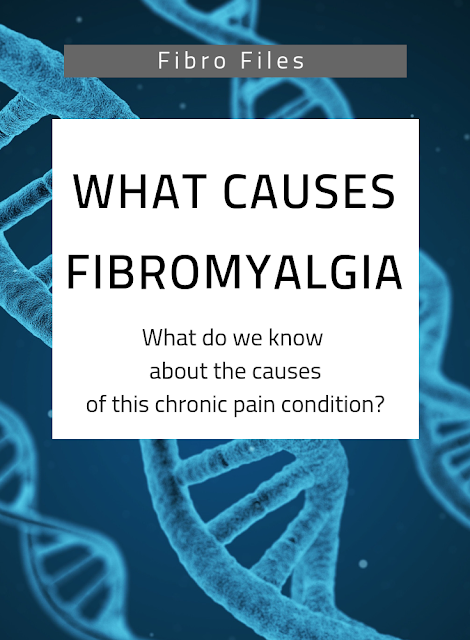 What do we know about the causes of fibromyalgia?

Fibromyalgia is a chronic pain condition that causes pain throughout the whole body. It involves fatigue, memory and concentration problems, sleep issues, and other symptoms.

There has been an increase, in recent years, in research on the causes of fibromyalgia. It is thought that a combination of different factors play a role in its development.
Doing this research must be difficult. One reason for this would be that a lot of people who have fibromyalgia also have other medical conditions such as thyroid conditions, lupus, other pain disorders or depression. So it would not be easy to decide which symptoms are caused by fibromyalgia or one of the other conditions.
Fibromyalgia is thought to be caused by changes in the way that pain messages are processed in the brain. Researchers think this is set off  by a combination of genetic factors and physical or emotional stress.
Stress
Many people feel that their fibromyalgia symptoms developed after a physically or emotionally stressful event.  Others feel it was not one specific distressing or traumatic event but long term exposure to stress for many years.
Genetics
A fibromyalgia gene has not yet been discovered but fibromyalgia does certainly run in some families. Through research certain types of genes have been found to be more common in people who have fibromyalgia than in control groups. These genes play a role in the nervous system's response to pain. Some of the same genes are associated with depression and anxiety, which may be the reason why certain antidepressant medications help reduce fibromyalgia symptoms. 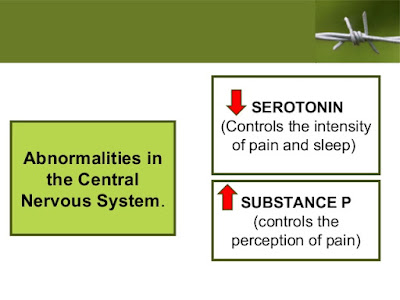 Pain processing
Many experts agree that fibromyalgia is the result of an abnormality in the central nervous system that increases sensitivity to pain.
"Most researchers accept that fibromyalgia is caused by increased sensitivity within the pain-related nervous system. The majority of clinicians — myself included — believe that the condition is “top-down” in that it is driven by a change in the modulating factors of the brain." Dr G. Littlejohn
Sleep problems
This is a bit of a case of which came first the chicken or the egg because researchers aren’t sure if this is a symptom or a cause of fibromyalgia. Problems getting to sleep and getting into the deepest stages of sleep are common in Fibromyalgia.

"Some people who have disorders affecting sleep, such as sleep apnea and restless leg syndrome (RLS), are more likely to have the condition." Healthline

People with Fibromyalgia live in the hope that research, into the cause of this condition will enable them to treat it properly and prevent others from getting it.

You may also be interested in my other article on The causes of Fibromyalgia
Posted by Good at 12:50 AM

Email ThisBlogThis!Share to TwitterShare to FacebookShare to Pinterest
Labels: understand